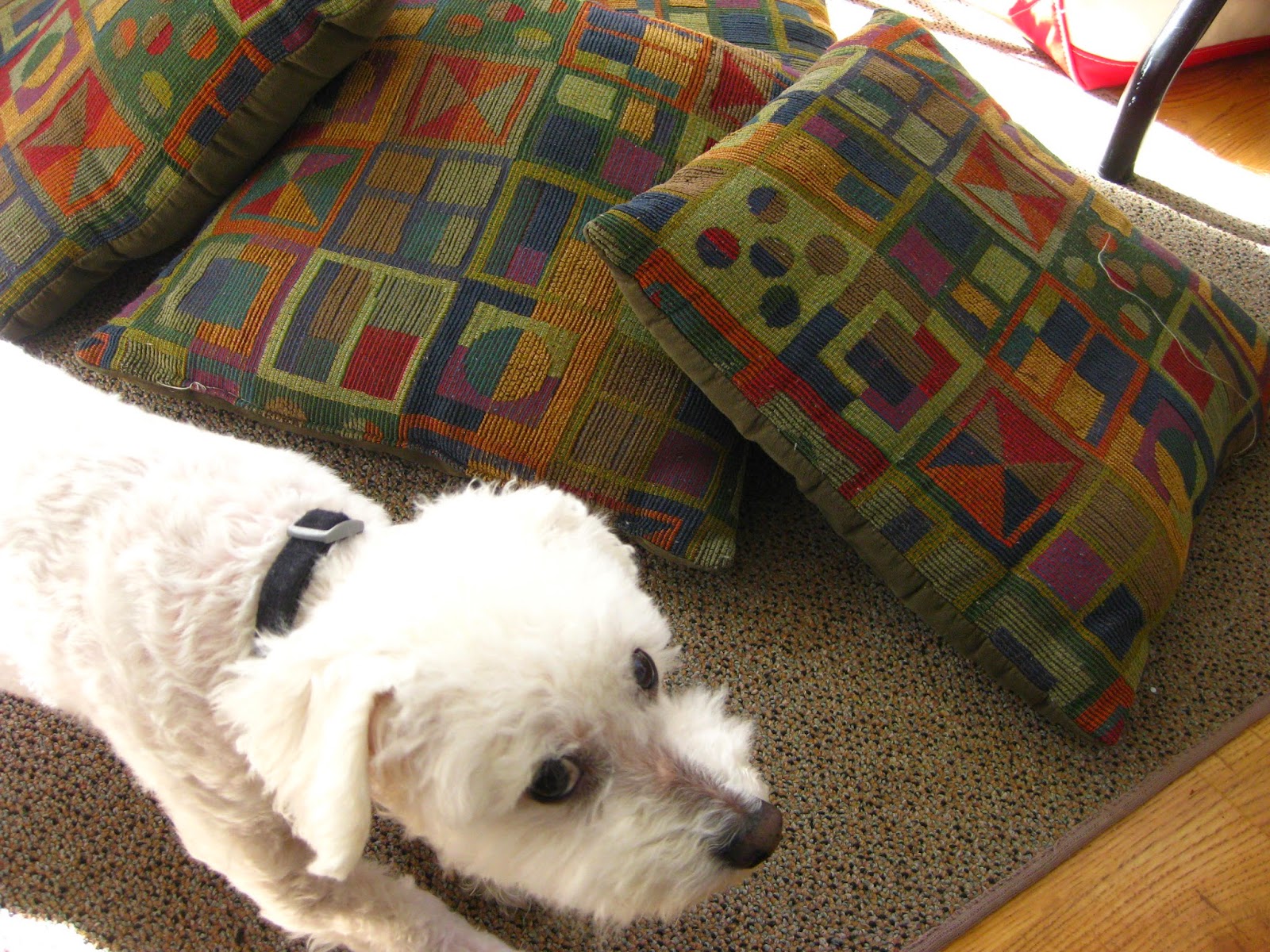 I'm in the doghouse....big time.
My activities these past several weeks have not meet with approval as far as our little bichon is concerned. First it was the doll show in September. The hoopla and preparation that went into the event put a big dent into snuggle time and for a lap dog that is no laughing matter!
To add fuel to the fire, I soon after confiscated the couch pillows. They were never my favorite but since bichons aren't concerned with fabric, prints, or even color he had adopted them as his surrogate snuggle buddies in my absence. 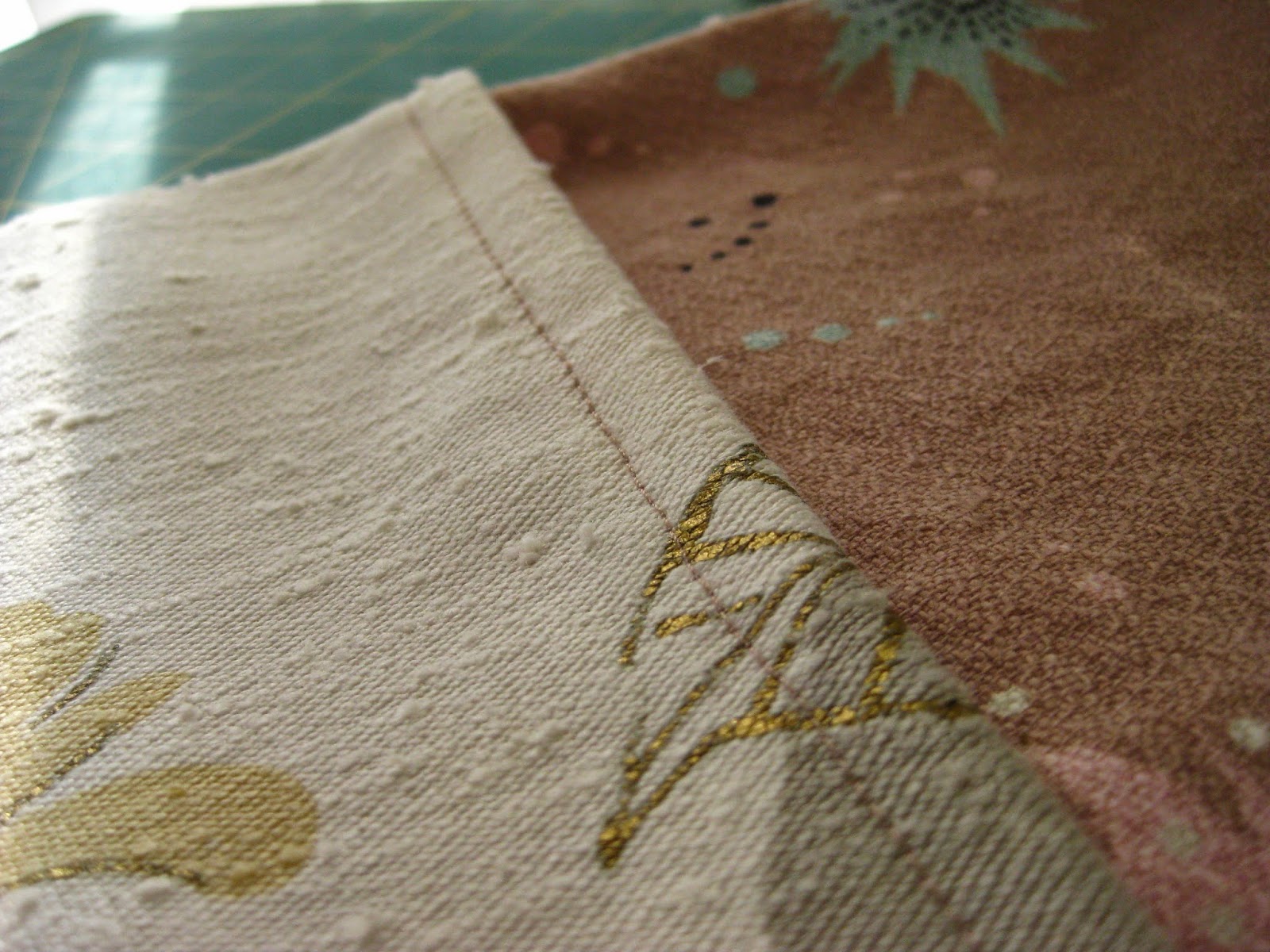 His constant slinking around my feet and accusing glares set me on edge a bit
as I began stitching my seams. 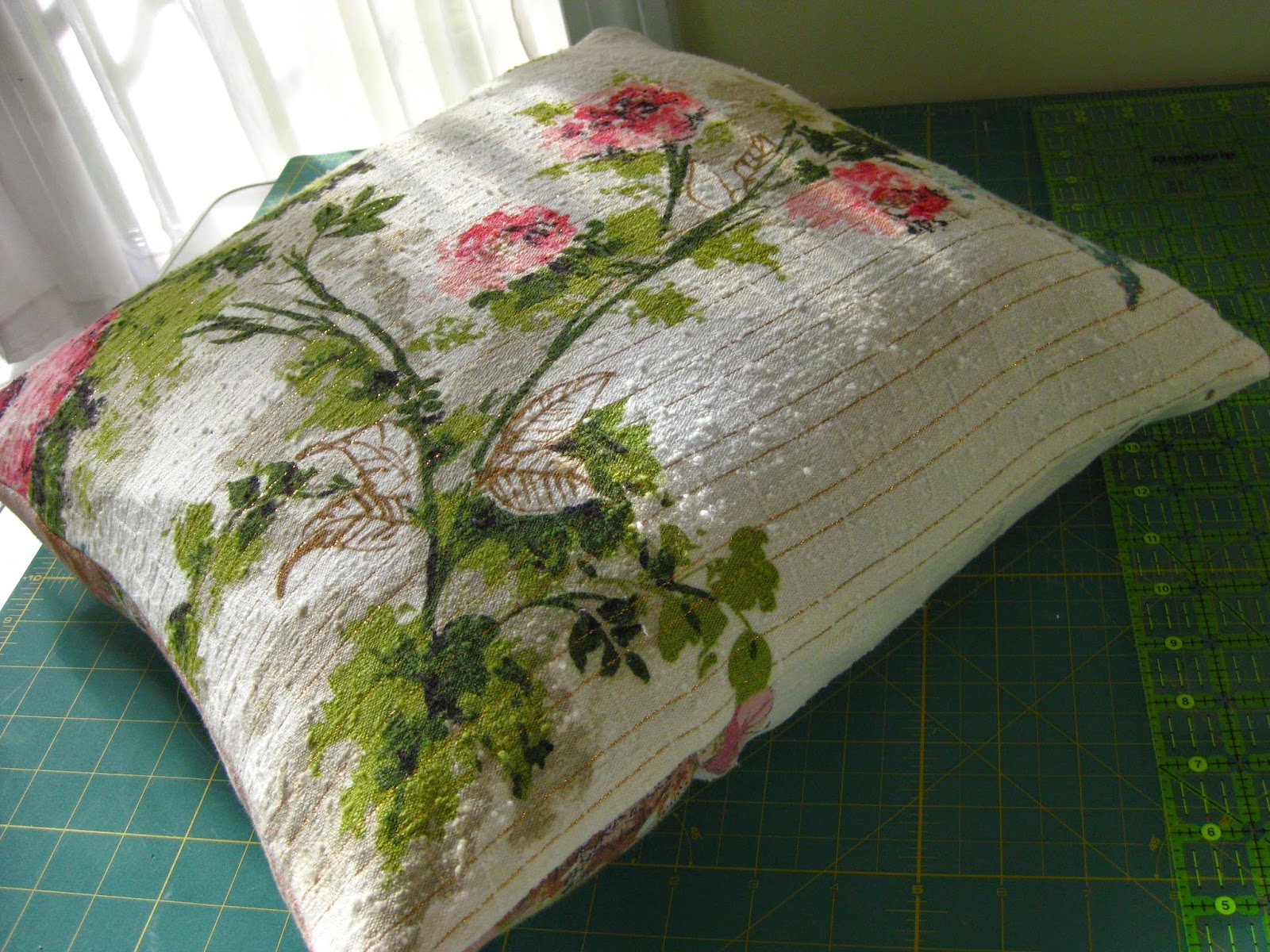 But in do time they came together nicely,
florals on the front... 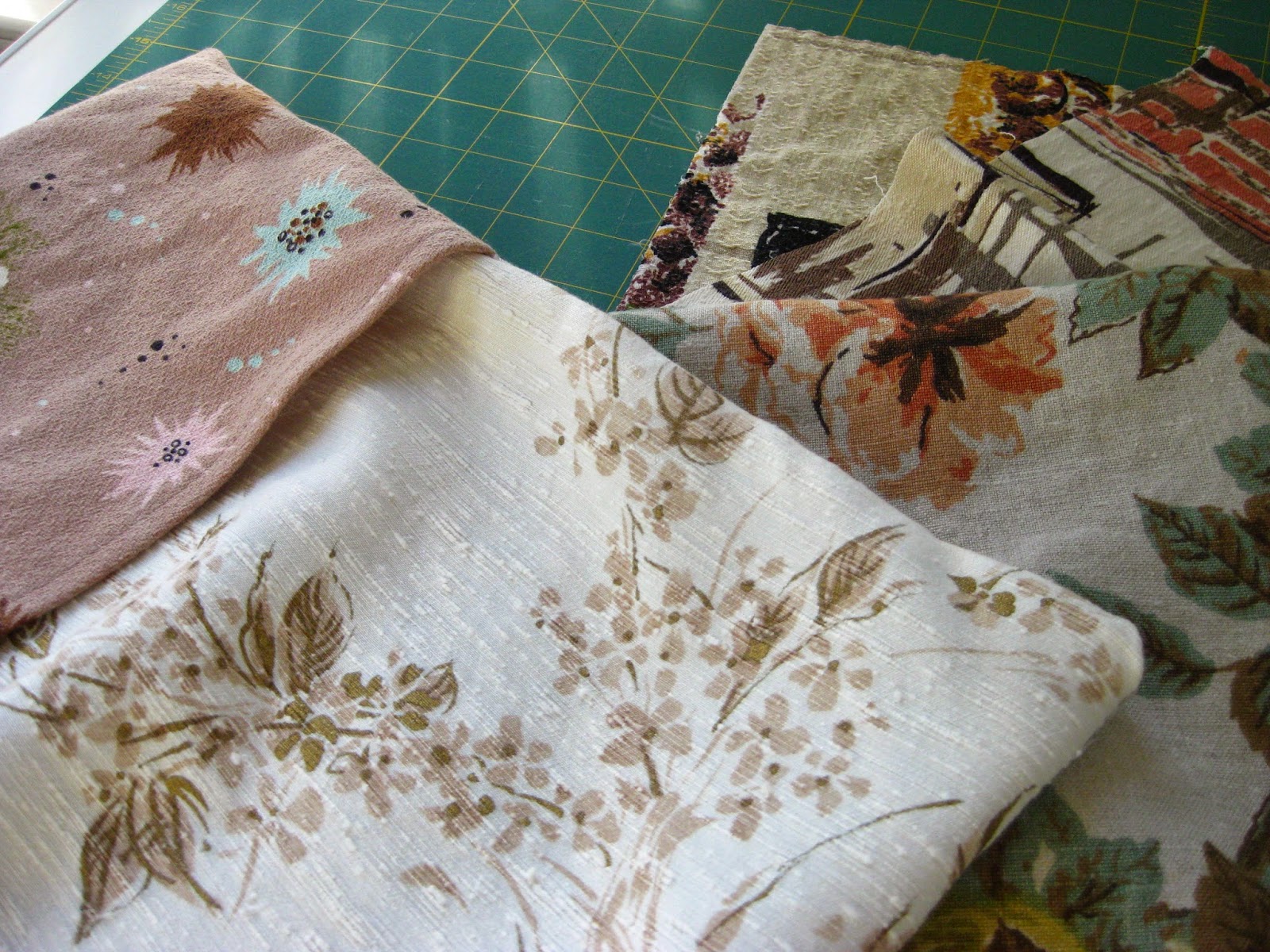 ...and a hodgepodge of fabric fun on the back. 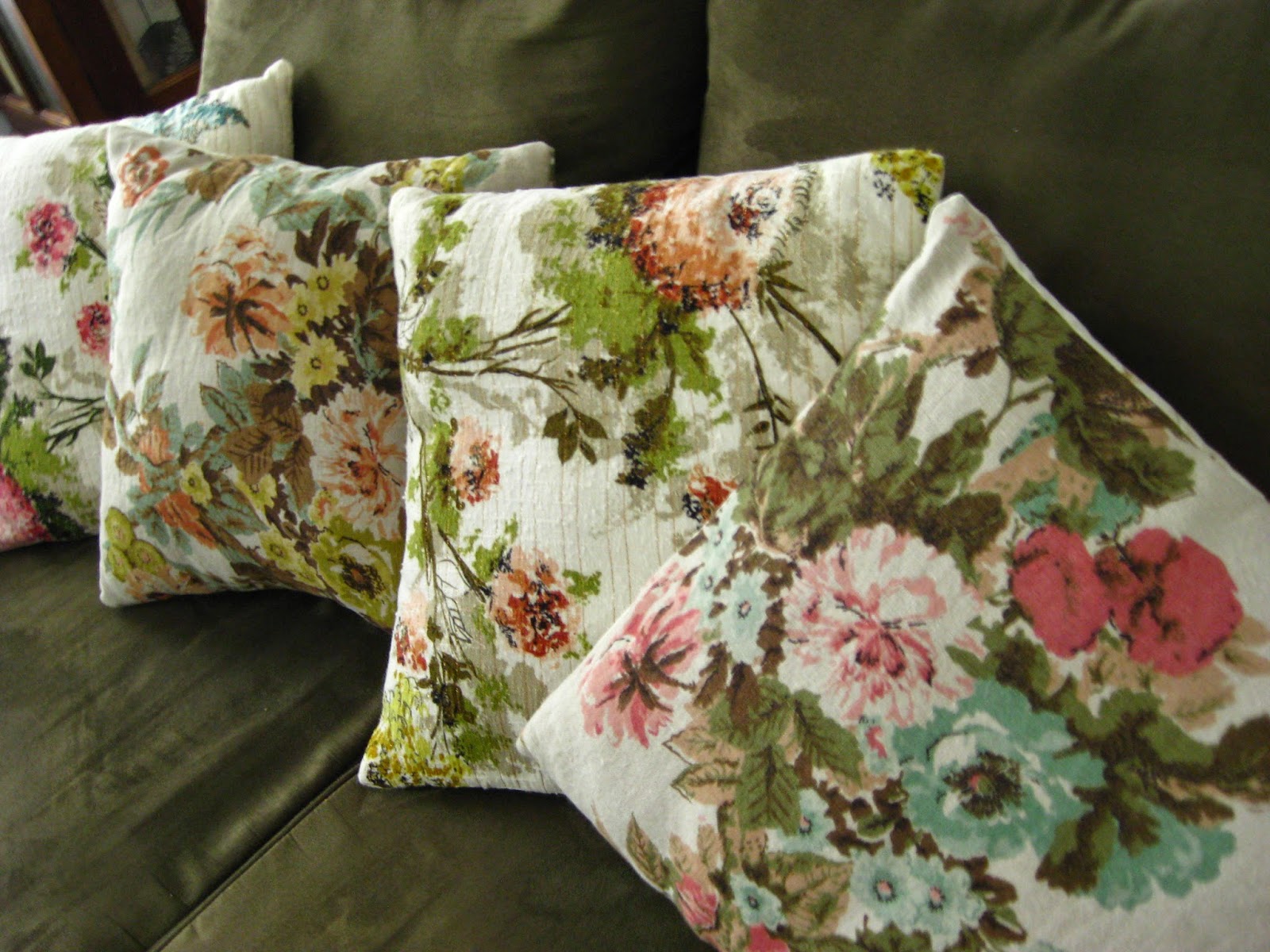 I was delighted with the results and the bichon was too...especially since we gave them
a cozy try out together! 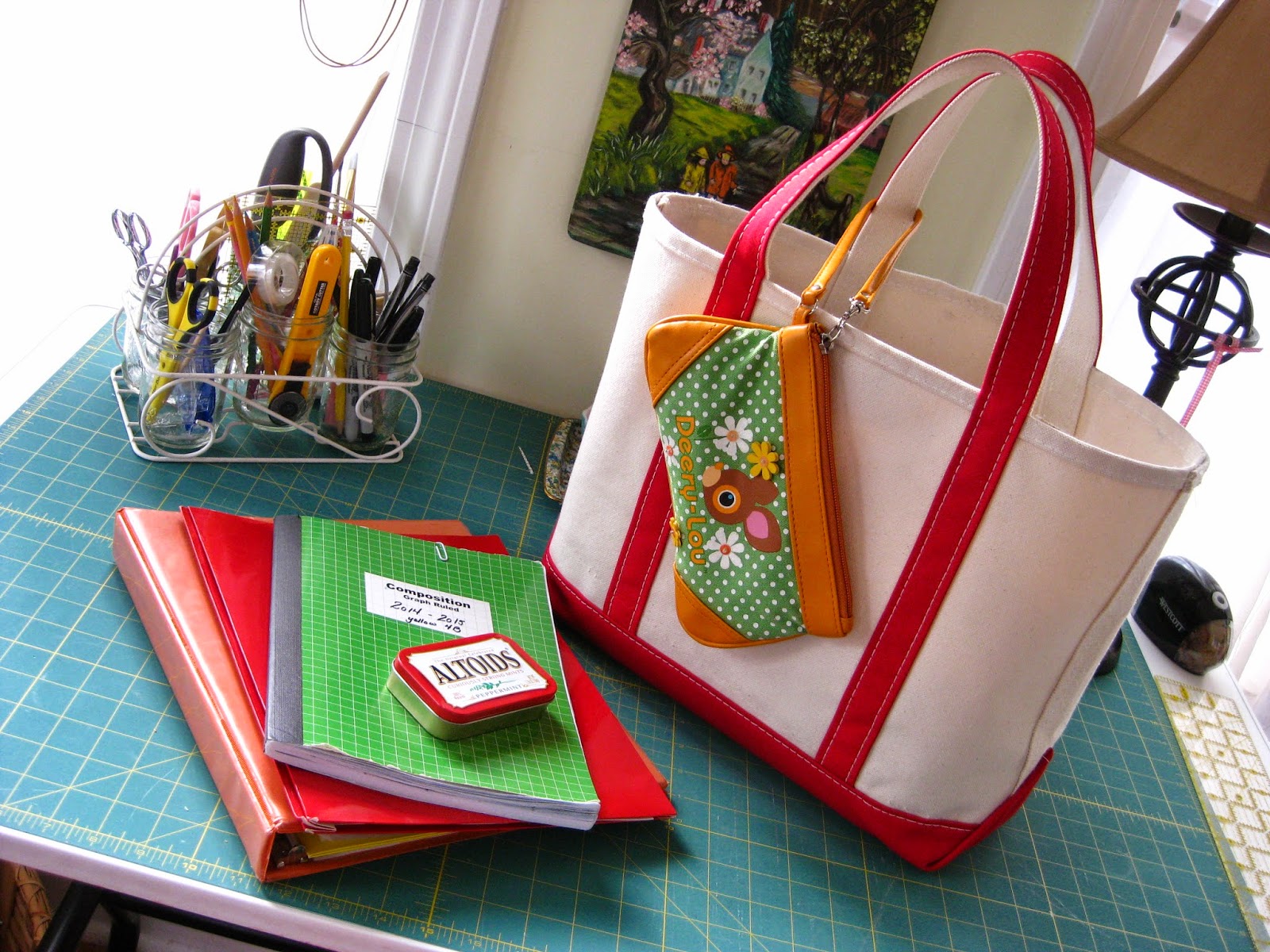 The biggest offense, however, has yet to be forgiven.
I've taken a small job outside of the house.
More days than not I spend my mornings helping out as a teacher's assistant and my afternoons begging forgiveness from you know who. A handful of cheerios and a bunch of hugs help but it's not until the tote bag is tucked away in the closet that doggie serenity is finally achieved. I'm afraid it's going to be a very long year...
﻿
Posted by natalie jo at 11:34 PM 2 comments: 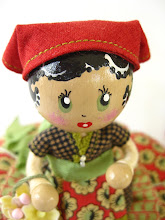